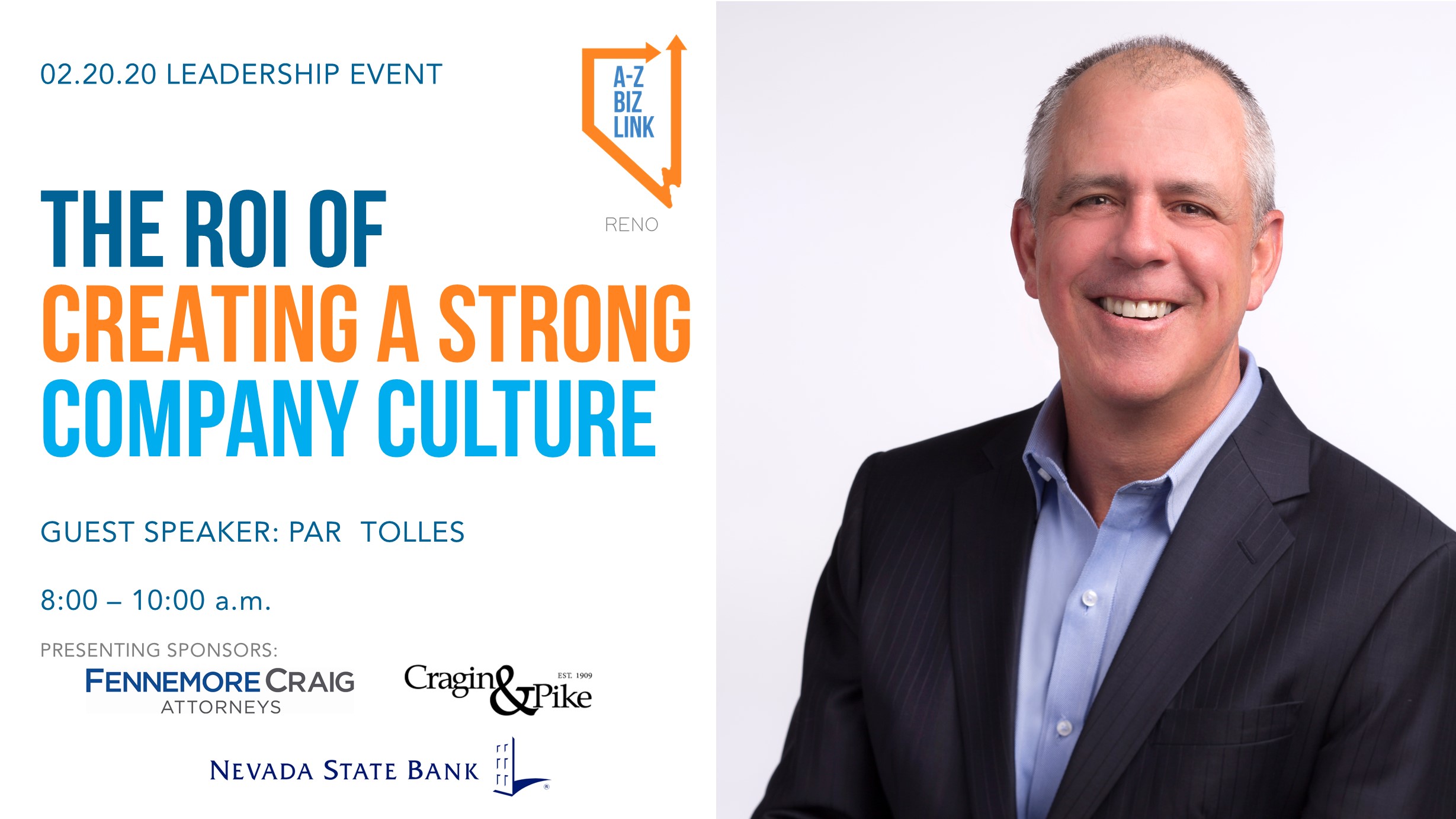 Most professionals agree, having a strong company culture is important.  Like most things in business however, only initiatives that produce results gain support (and investment).  Because strategies to develop, sustain, or improve a company’s culture like any other project requires time and money – the question is inevitable:  what is the ROI of culture?

In this session you’ll come away with a deeper understanding of:

About our Guest Speaker – Par Tolles:

Par is shaping his company around participative culture where all employees have an ownership mentality.  He loves collaboration, hates bullies and rales against group-think.  All for one and one for all.

Tolles Development Company was founded in 2016, is owned by Par Tolles and is focused on the acquisition and development of office, retail, industrial and multi-family product in northern Nevada.  Par acted as the CFO/COO of Basin Street Properties from 2011-2014 and its President from 2014-2017.  Par served as President of Dermody Property Company from 2007-2011.  From 1994-2007 Par served in various capacities for Trammell Crow Company (TCC) ending his tenure as the Principal for the state of Nevada and Managing Director for CBRE in Northern Nevada (the then parent company of TCC).  Par is a graduate of University California at Davis.